How to Mess Up the Right Way in Real Estate

What do Mark Zuckerberg, Bill Gates, and Mark Cuban have in common? Well, other than being visionaries, billionaires, and wildly successful entrepreneurs, they are all united in the belief that the key to success lies in allowing yourself to make mistakes.

As Bill Gates notes in his book, Business @ the Speed of Thought: Succeeding in the Digital Economy, ?Once you embrace unpleasant news not as a negative but as evidence of a need for change, you aren?t defeated by it.? The founder of Microsoft explains, ?You?re Learning from it. It?s all in how you approach failures.?

Shark Tank Investor Mark Cuban, who currently boasts a net worth of $4.1 billion, agrees, crediting the mistakes he made early on for showing him how to succeed. He says after he graduated from Indiana University, ?I had quit or been fired from three straight jobs.? Every time, he learned from it and got better, saying, ?I think you have to try and experience as many things as you can, and once you get there then try to be as good as you can.?

Even Facebook?s own Zuck agrees says mistakes are the key to success. ?If you?re successful, most of the things you?ve done were wrong ? he quipped at a live-stream town hall meeting. ?What ends up mattering is the stuff you get right.?

Whether the guy?s man or machine, who could argue with that?

As an agent, the best way for you to learn what to do and how to do it is by doing what you shouldn?t in the right way. Trust us, the lesson of doing it wrong will stick with you in a way that hearing all the best advice just can?t.

Sometimes it takes a good bruising of the ego for you to come back better than before.

How to Mess Up the Right Way in Real Estate

So you want to mess up?Great!

Now, does this mean you should just waltz out into the world unprepared and flub your way through your calls, networking, and lead generation off the cuff?

So, what exactly do we mean then? Here are our tried-and-true tips for making mistakes.

The key is to not be afraid to go after the out-of-your-league big fish, the unlikely dark horse, or the unfamiliar exotic bird. There?s a first time for everything, and you?ll always be a rookie until you give it a shot.

After all, as Albert Einstein once said, “A person who never made a mistake never tried anything new.”

When you are fearless enough to go after the hard stuff, mistakes are inevitable. You won?t need to try to make them, but don?t be afraid of them. When they happen, and they will:

The whole point of making a mistake is to learn from it, right? In order to do that, you need to find out what it was that killed your deal.

Was it something you said or didn?t say, or maybe how you said it? Did you provide too little information or not enough? Did you accidentally give clients false information or make up an answer instead of telling them you?ll look into it? Perhaps you didn?t act fast enough or dropped the ball and forgot to follow through. Did you take the time to build a rapport with the client or did you get too pushy?

Maybe it had nothing to do with you and the clients just decided they weren?t ready.

Sometimes your mistakes will be glaringly obvious, but other mishaps won?t always be so obvious. It is important to try to pinpoint where you?ve gone wrong so it doesn?t happen again.

One tactic that takes real guts after a client passes on working with you is to ask them what it was that turned them off. It doesn?t have to be dramatic. In fact, a simple, ?I understand sometimes it just isn?t a great fit. I?m trying to improve my skills as an agent and I was wondering if you could tell me the reason you aren?t interested so I can learn from this experience. How can I do better??

This swallowing of the ole? pride can be hard to do that first time, but once you get used to it, it can become quick and relatively painless. The clients will likely appreciate your earnestness and will be more likely to work with you in the future.

Now that you know the mistake you?ve made, you need to figure out how to avoid it in the future. How you will go about correcting it really depends on what mistake was made.

Be thorough in developing a new plan to ensure you don?t screw it up again. This may take some practice and might even benefit from some brainstorming or role-playing with a trusted friend or colleague.

Step 5: Dust off Your Ego and Move On

So, you?ve been fearless, but you?re still human. You?ve made your mistake. You?ve examined it. You?ve made a new plan to avoid it in the future. Now it?s time to get back out there and try again a different way.

Maybe it will work this time, or maybe you?ll find a brand new way to mess up.

Being an agent requires a thick skin and the ability to bounce back from setbacks. The first few times you get knocked down are always the hardest. This type of resilience to rejection and humiliation is not an innate quality most of us possess, but rather a skill that needs to be developed through hard work…and a lot of practice messing up. 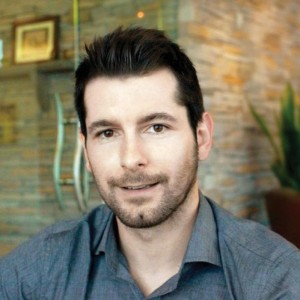 With a passion for Real Estate and a passion for Digital Marketing, Travis Moore has merged the two to help Realtors, Brokers & Mortgage Loan Officers get access to the info, strategies, systems and skills they need to survive and thrive in the ever evolving digital world.
PrevPrevious
NextNext

Establish Yourself As The Real Estate Expert Fast!

Get Qualified Buyers & Sellers Every Month On Autopilot!